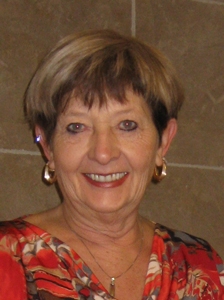 It is the wonderment  of colour in the world that drives Marg Smith to put brush to canvas. She paints what catches her heart.

An Albertan, Marg lives in Okotoks. Marg’s amazement of beauty in life plays an important role in her paintings. Painting gives her the opportunity to capture that “WOW” moment in vibrant oils and evoke that feeling in the viewers of her art.
Marg’s work is oils on canvas, or canvasboard and is usually done ala prima (wet on wet). Her subject matter is varied and includes landscape, children, pets, animals, florals and commissions. The majority of her works are influenced by life in western Canada and particularly of Alberta. This includes the landscapes, farm animals and pet portraits that she paints. Her love is to capture that spontaneous moment in time and preserve it for all to enjoy, such as a little boy preparing to jump into the water while his sister watches, or an alpaca or donkeylooking into a camera lens.
Marg hones her skills and knowledge through workshops with Canadian and American artists such as Doug Swinton, Gabor Svagrik, Neil Patterson and Roger Arndt. She is an Active member of the Federation of Canadian Artists, Leighton Art Centre, Mohagany Art Guild, and The Group Art Society of Calgary. Marg owns Lavender Art Studio and was co-founder of Brushed With Flair.
Marg gives back to her community in several ways. One example is she was the resident volunteer artist at the Foothills Country Hospice where for approximately 9 years she painted on Monday afternoons for the hospice residents and their families. For four years she annually co-organized a fundraising event for the Hospice, called Art With Heart. She also co-organized art Fundraisers called for The Rowan House Emergency Shelter.
Her art is also shown at Leighton Art Centre, at Highwood Gallery & Gifts in High River, Lineham House Galleries in Okotoks, Upper Level Pottery and Gallery in Vermilion Alberta and in the Okotoks Art Gallery gift shop. She has shown at Western Art Gallery at the Calgary Stampede and the Reflections West Emerging Artists Show at the Hyatt Regency, Calgary AB.
Her work is in corporate and private collections throughout Canada, the United States, Panama, and the United Kingdom. Visit her website at www.margsmithfineart.com.

She has shown at

Western Art Gallery of the Calgary Stampede, Calgary, AB – July 5-14
Against the Grain Art Gallery, Nanton Alberta – 2013 to 2015 when business closed
Canadian Federation of Artists On Line Gallery, Vancouver, BC